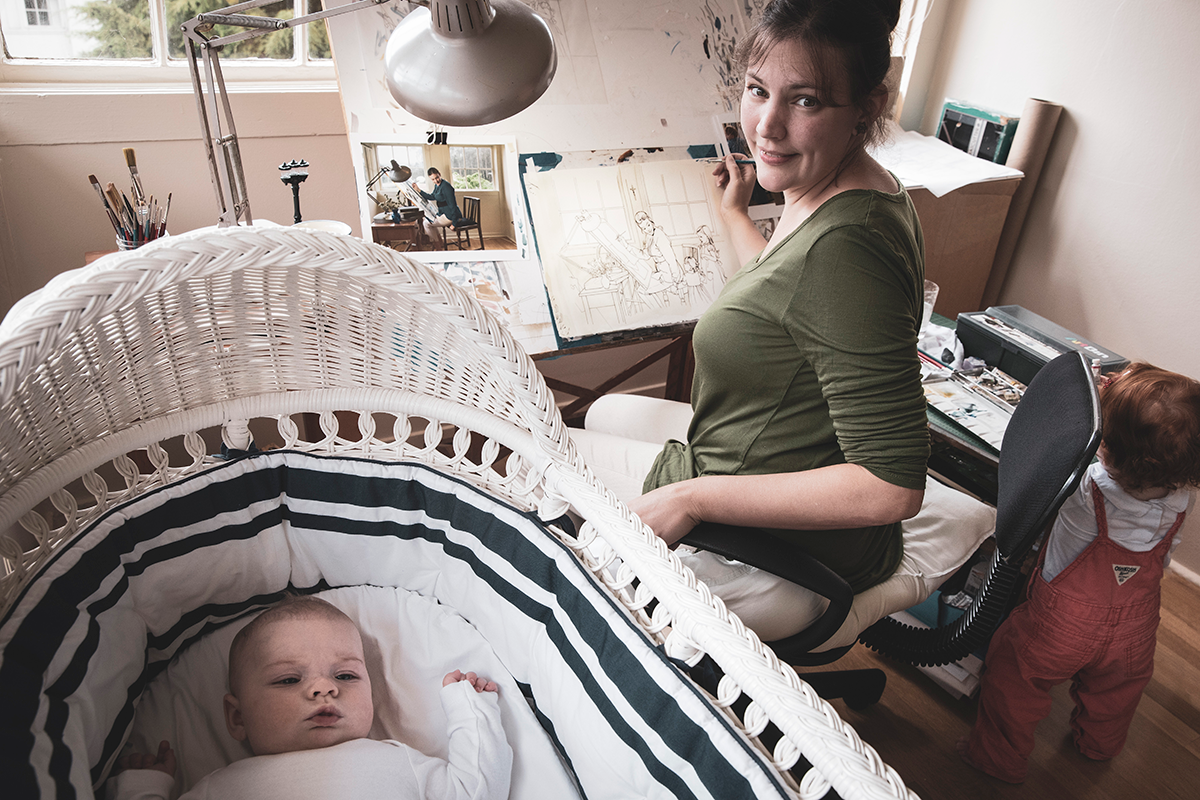 In this photo Lori captures Bernadette in her studio. The painting Bernadette is working on is inspired by both Murdoch and Anscombe, their idea that philosophy can be found in ordinary life. For Murdoch, the "transcendent" can be reached through everyday things where the material world can sometimes become a bridge to the immaterial or spiritual. Murdoch was adamant that nature was such a bridge - and art too. Bernadette writes:

"I know exactly what she means by this - it's what I experience when working on a piece of artwork. I become absorbed into the work, totally devoted to it, time feels different, and I am "unselfed", as Murdoch puts it."

Bernadette Cody-Carstensen is a Catholic illustrator working in traditional mediums, and mother of three, commissioned by the Collegium Institute, home of G.E.M Anscombe Archives. When she isn't painting or changing diapers she loves sewing, bug collecting, making fairy houses and other crafty pursuits.

Lori Eanes is a San Francisco-based photographer who first got into photography while getting a degree in painting at the University of Texas. She’s lived and worked in the Bay Area for 30 years and loves photographing artists capturing them in their studios and how they work with light, shapes, angles and texture.